Inspired by the classic film Back to the Future, the Solistenensemble Kaleidoskop aimed with Witold/Nico/(Jaws) to connect three separate cultural works, from the avant-garde to the mainstream: Witold Lutoslawski’s Preludes and Fugue for thirteen strings; Nico’s moody solo album Desertshort (interpreted together with the artist and singer ANIKA); and Steven Spielberg’s Jaws, with its minimalist, cultish, threatening score.

Of these three works, one can only be realized in our minds due to unforeseen times – Jaws – but the other two parts remain. With the decision to remove the film from the program, the attention of the audience is focused on the contrast of genres between the remaining two works from the 1970s. They seem to have nothing to do with each other and yet, each work is a precise description the world it was created in.

Lutoslawski’s Preludes and Fugue (1972) is a complex work, constantly seeking its form, while Nico’s Desertshore (1970) is a amorphous song cycle seemingly powered by a fascination with death. What can happen, when two such aesthetically different pieces from vastly different cultural worlds are presented next to each other? Kaleidoskop claims use of the film and medical technique of ‘suturing’ to examine unexpected points of connection between these works and their respective genres.

Supported by Musikfonds e.V. with project funds from Federal Government Commissioner for Culture and the Media and by initiative neue musik berlin e.V. With the friendly support of “Klangwert – Ensemble-Förderung der Aventis Foundation” and Radial Stiftung. 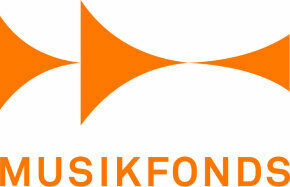